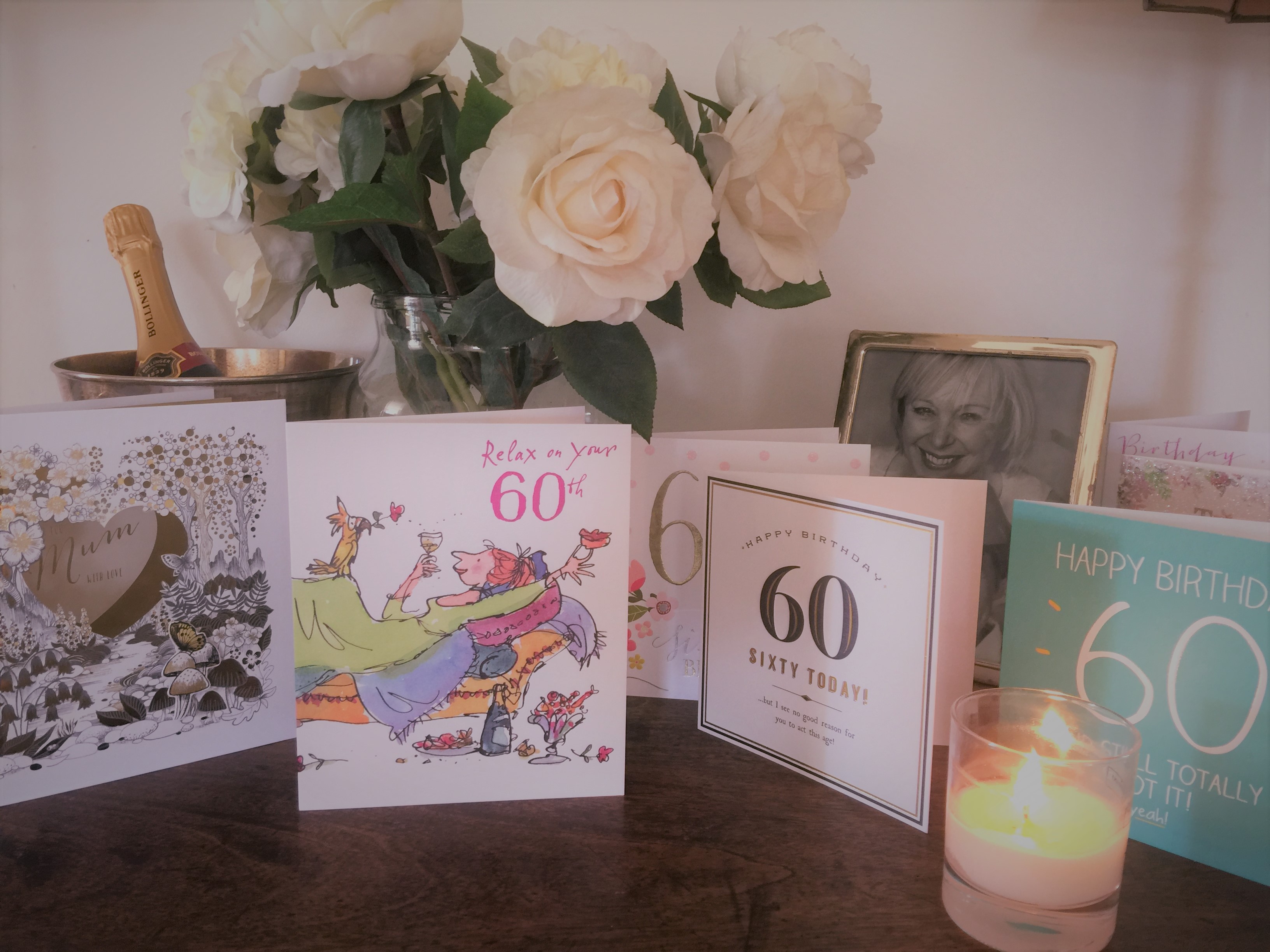 A word so bandied about it’s become a casual reference to something meaning ‘more than good’. I’ve long deplored its use as descriptive shorthand for a World Wonder but getting to the age of 60 really is awesome. Or it should be.

Sixty is very much ‘Me Time’ or is it?

Some of my friends retired. Others, having paid off their mortgages and with children settled, decided to travel to far-flung destinations. One friend enrolled on a degree course. Another joined ramblers.

So how should I celebrate this momentous moment? A Grand Party? Did that at FORTY. Lots of friends dressed up and drank champagne. It was jolly but the average length of my conversation with each guest was about five minutes. Considering, talking with friends is one of my greatest joys, the party was inevitably a bit of a let-down. It was over in a flash with the credit card having gained a few more zeros on the debt line.

A party for my 60th would just be a repeat: Where new friends would mingle with those I had known for twenty, thirty, forty years or more.

Go on a special trip abroad suggested a friend who was planning a three week cruise for hers. Somewhere you’ve always wanted to go? Or a luxury beach holiday? Mmmmmm. Did that for my 50th and got caught up in the Boxing Day Tsunami.

A diamond bracelet said yet another.

There was a time when I would have positively drooled over the idea of more sparkle. But those days had gone. Too much had happened. I’d been forced to learn some harsh life lessons. Something so materialistic was not momentous enough.

What was it I really wanted? I knew what it was.

To stay alive. Definitely. My life lessons had taught me its value. But more. Time with friends and away from digital media.

Don’t get me wrong I love the internet, my IPhone and smart TV. I love emailing friends in the middle of the night when I can’t sleep. And the WhatsApp groups can be sources of great amusement. I love the IPad hour, usually around midnight, when all is quiet in the house and I can do research for the dress I want, order a birthday present, read my book or play games like FreeCell or Moxie.

As much as I enjoy those moments of ‘me time’ what I really wanted for my 60th was face to face chat with the person I love. Time for a meal without the pressure of work or family. Time to confide. Time to explore. Time to laugh.

I was drifting off to sleep when the thought jumped into my head. Zinging, bouncing along the axons in my brain, visualising pictures of days ahead.

I would go on SIXTY dates.

Nothing for it but to turn on the lights, reach for the IPad and start writing notes. It would be for a whole year. Six months before my birthday and six months after. More than one a week. Was that too much? I didn’t want to set myself up against the goal – nor did I want it seen as a bucket list.

It was spending real time with those I love.

Each date would involve friends or family and it would be doing something neither of us had done before. It would be fun, it might be educational and it would definitely be gluttonous.

Now that really would be awesome.